We’ve been building a real estate portfolio since 2002 in Toronto and since 2018 in Hamilton. From our first mixed-use purchase in Liberty Village, over ten buildings have been bought, renovated, leased and sold profitably and gaining confidence one project at a time.

Real estate entrepreneur Malcolm Silver and Hamiltonian Patrick Bermingham met at The Strategic Coach, a forum for elite entrepreneurs. Patrick became an investor in Malcolm’s Toronto-based syndicates of small commercial buildings. Malcolm’s process greatly appealed to Patrick: buying rundown buildings, renovating and holding, and identifying neighbourhoods before their rise - such as Atlantic Avenue before it became famous as Liberty Village - or strategic properties near future stations along the Eglinton LRT subway line. Patrick was also drawn to Malcolm’s ethic of fair treatment, and his excellent track record. 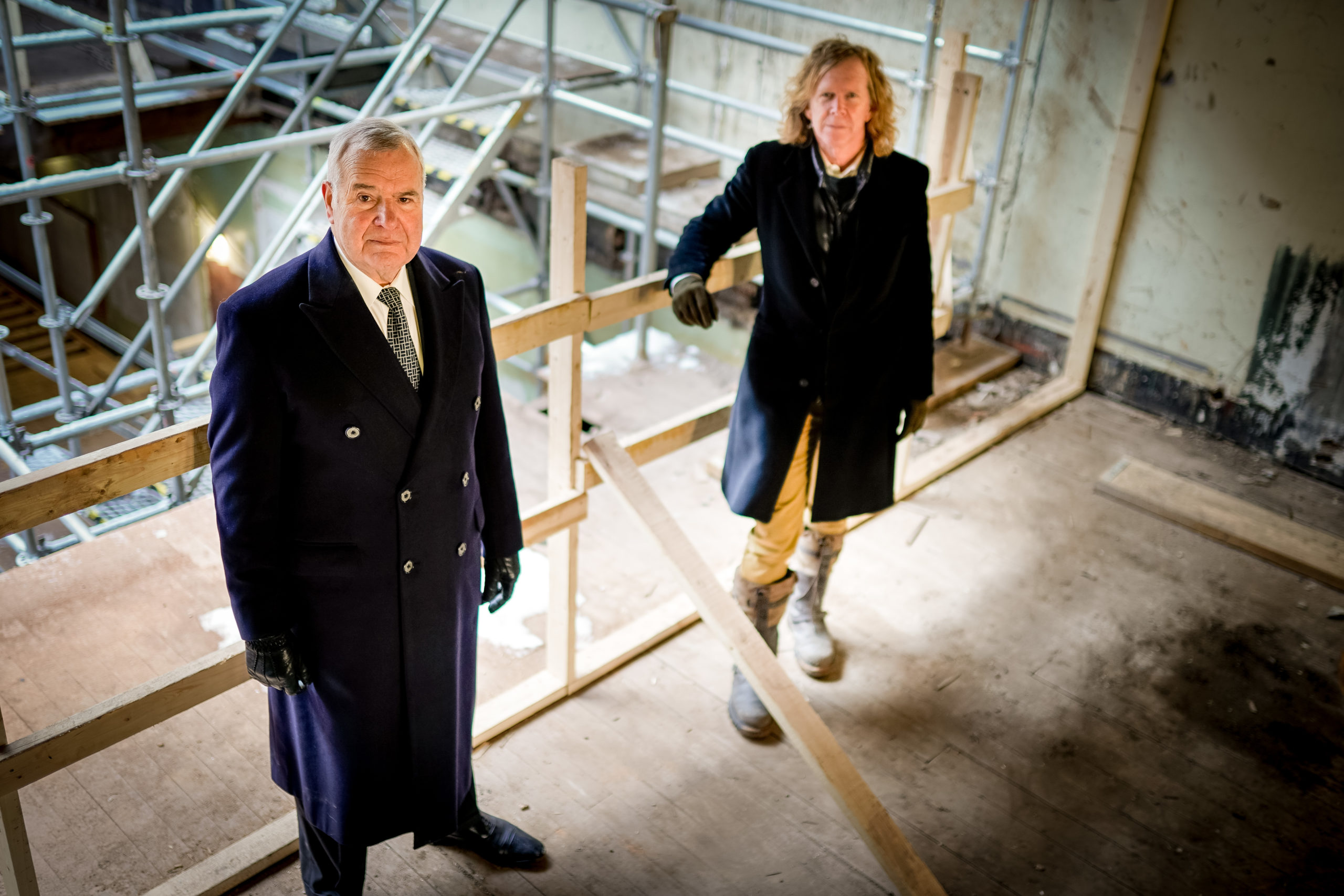 As the Toronto real estate market reached a peak, Malcolm looked toward the Hamilton market. At the same time, Patrick sold his $65 million company and wanted to put some capital back into his hometown. And so their partnership began. Malcolm says, “I have a good feel for buildings and Patrick supports my judgement.”

After considering James Street North, Malcolm and Patrick zeroed in on The Gore – a formal park-like square in the city’s centre – where most buildings were empty or rundown. In 2018, they purchased “Chester’s” at 62 King Street East, followed soon by its neighbour at 64. They drafted a plan to join the two buildings, 62 and 64, into one modern commercial complex. Now branded as The King John Building, it is currently under renovation and will be available for lease in autumn 2021.

The partnership has already improved the cityscape of The Gore, with their successful renovation of 103 King Street East, once the majestic Capitol Theatre (at one time the largest in the Commonwealth). They purchased the building in 2018, completely renovated it and installed a dramatic glass façade. It was quickly leased by a thriving Ottawa entertainment company. Likewise, when complete, The King John Building will bring life and elegance back to the nexus of the city centre. 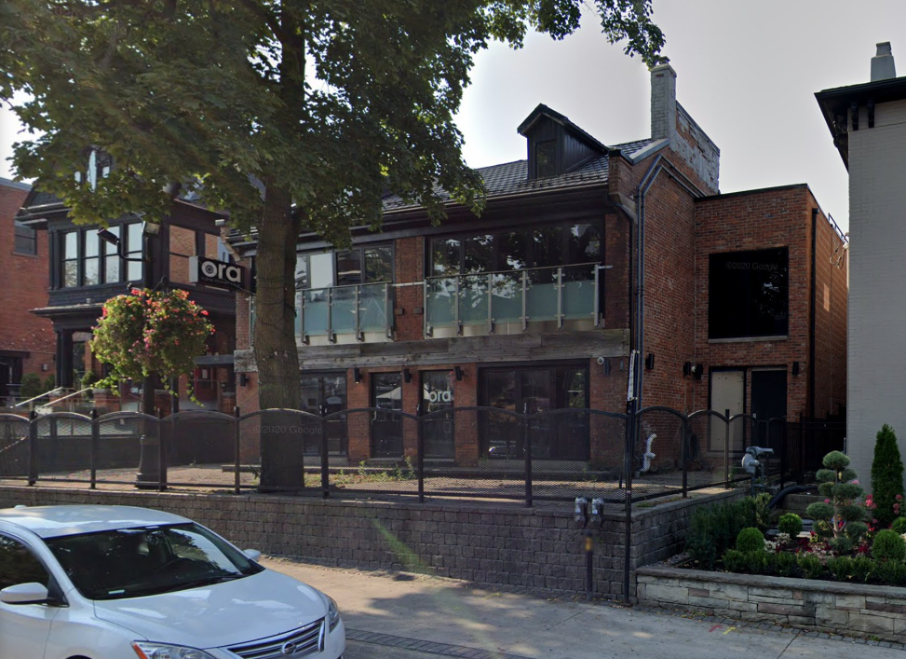 18 Hess St. South is two vintage houses which have been combined into a functional 5,200 sq. ft. restaurant space located on the westerly edge of the downtown core area of Hamilton. This handsome property, previously leased to Ora Italian Kitchen + Bar, was acquired by Malcolm in November of 2021 and sold in 2022.

This urban renovation project in the heart of downtown Hamilton entails the renovation of a commercial house, consisting of offices on the main floor and a two-bedroom apartment upstairs. As of October 2021, the building has been fully renovated and is now a beautiful modern apartment, perfect for both commercial and residential use. 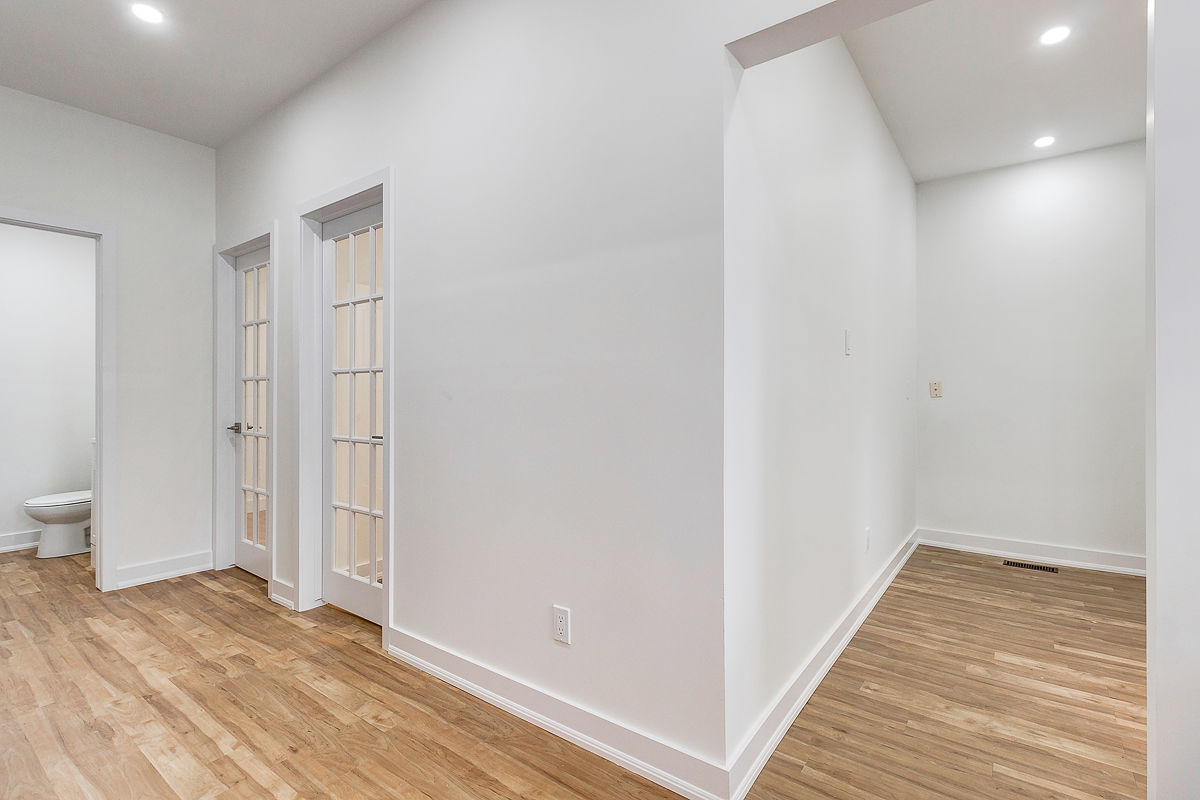 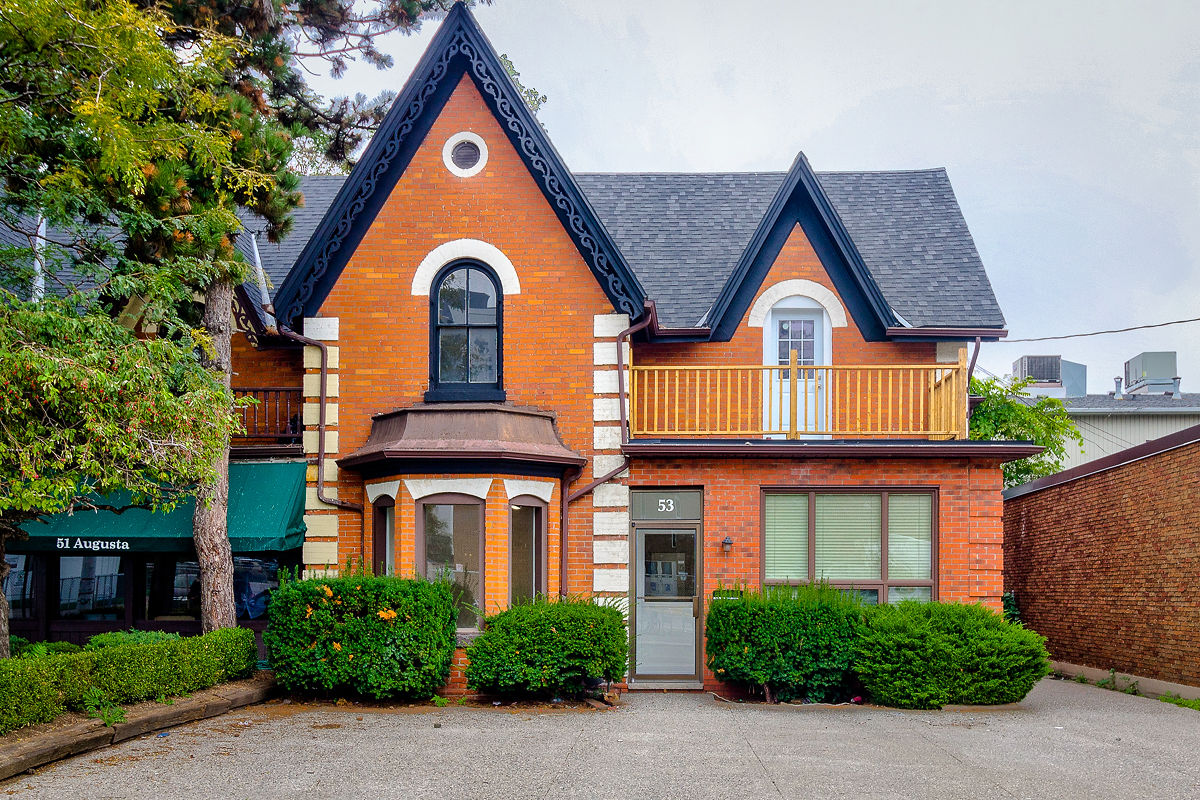 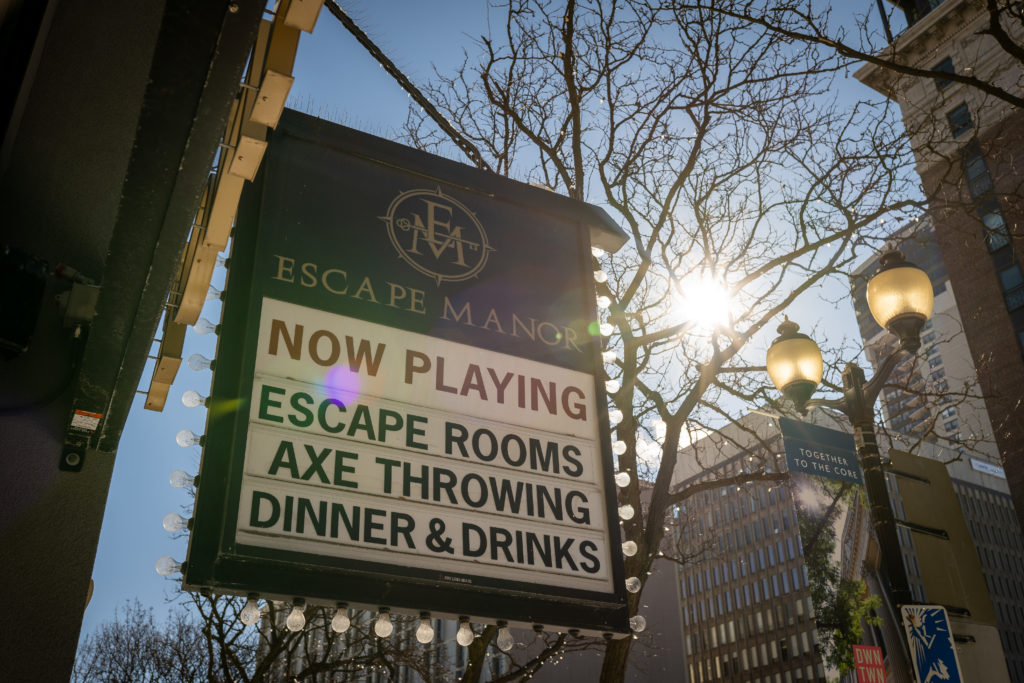 103 King Street East is a two-storey 7,000 sq ft building situated on Gore Park, with a possible planned LRT stop in front. Acquired in 2018 in a dilapidated, vacant state with a bar on the ground floor and an empty upper floor. It has undergone a complete renovation and has been fully leased to Escape Manor - an escape room / axe throwing tenant. 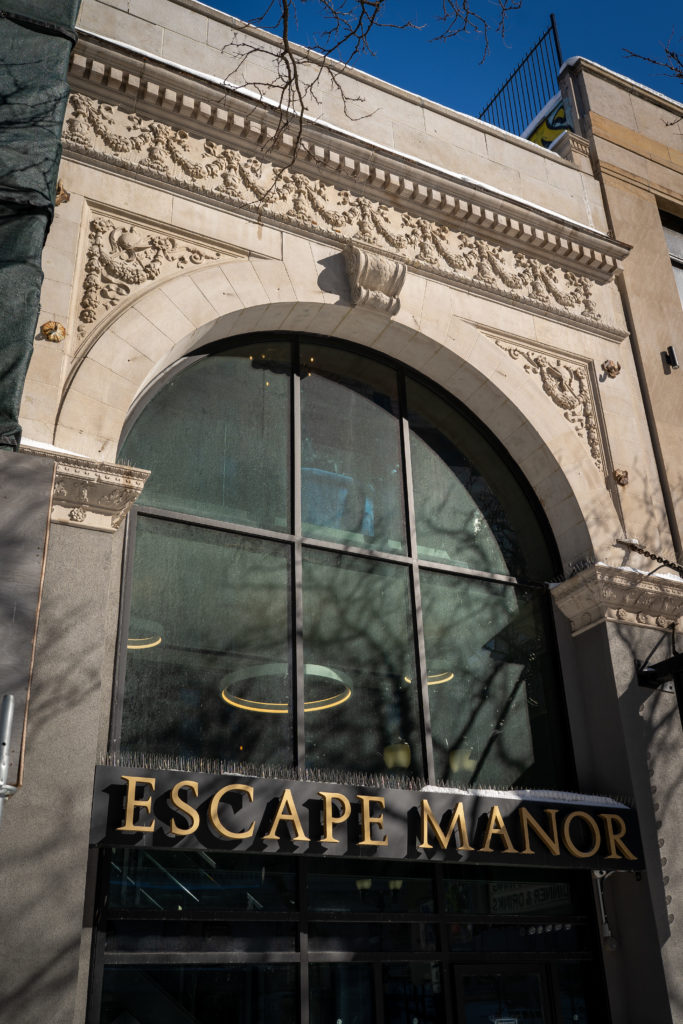 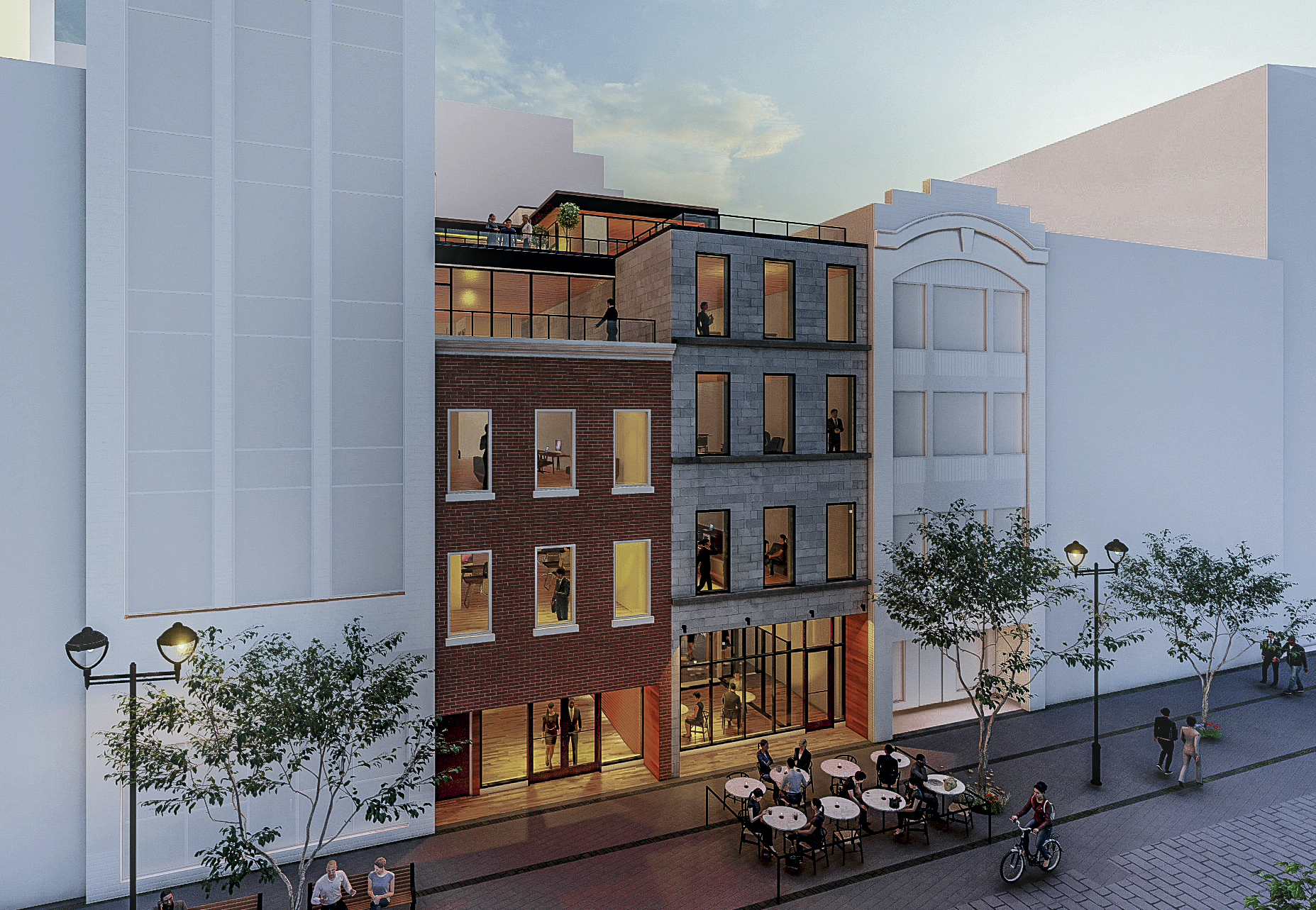 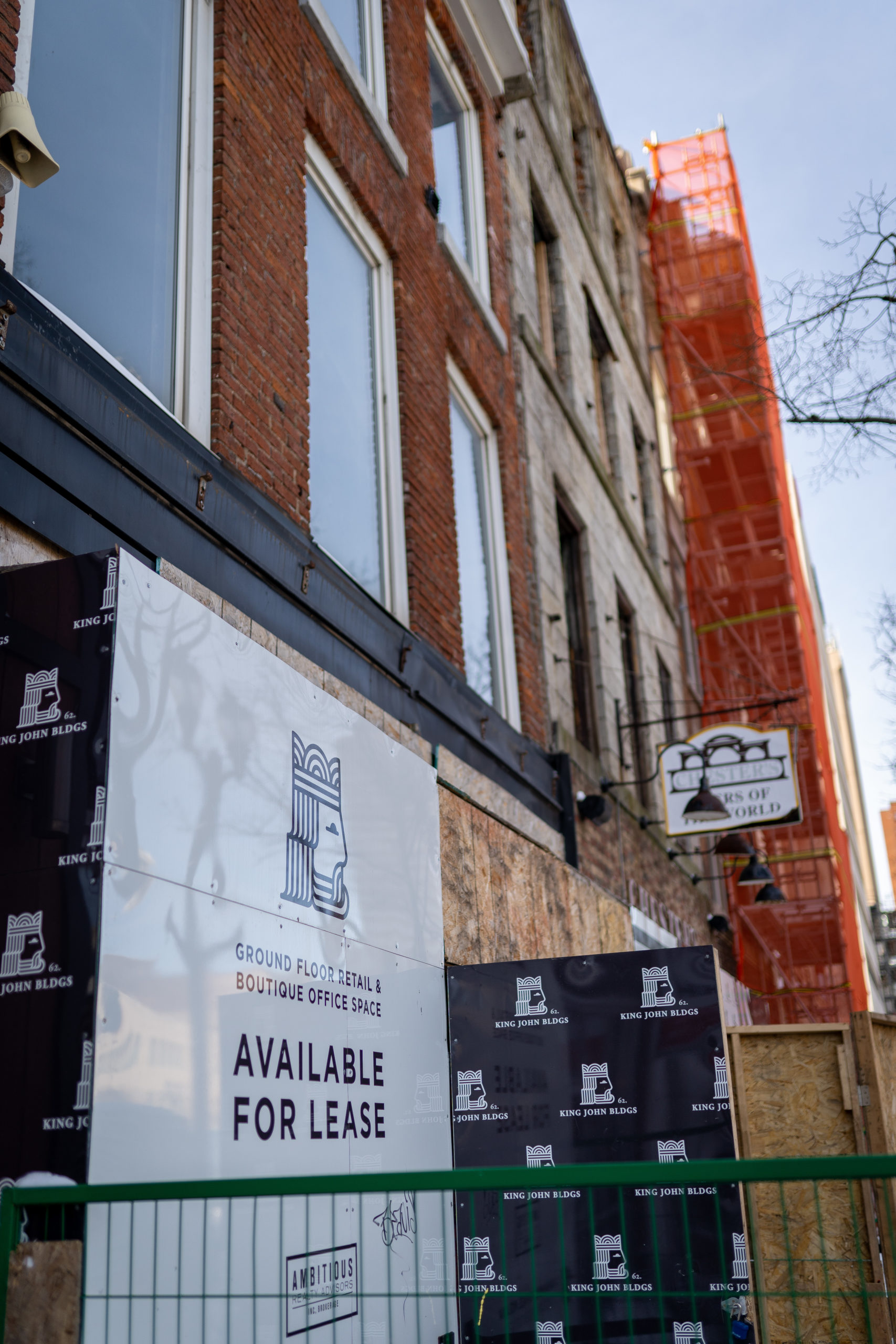 1662 was a 1,700 sq ft, run-down retail store with a one bedroom apartment and office above. The upper level was converted back to its original format of a beautiful two bedroom apartment and the store was also completely renovated.   It is now leased to a fast-growing operator of combination coffee shops and wine bars run by a successful young entrepreneur - Tommy’s Wine Bar. It was bought in 2011 and sold in 2022.

This 2,700 sq ft building was bought in a vacant and completely rundown state. It consisted of two retail stores and two apartments above. It is located in Mimico - an area undergoing extensive re-development with the building of a substantial number of new townhouses and condos. It is also close to the Long Branch Go-Train Station. It was completely renovated and improved with two additional studios. The street level retail leased to a real estate agency.  It was bought in 2016 and sold in 2017.

This 6,300 sq ft property was a combination of three auto related businesses: a body shop, a repair shop and a retail tire store, on a key corner site, located just west of Caledonia Road and immediately south of Eglinton Avenue West. The property faced the future LRT station which will become a transport hub when linked to a future GO Train stop and a bus loop. It was improved and the tenants upgraded. It was bought in 2013 and sold in 2017.

This 8,000 sq ft property comprised two retail stores, two commercial units, four apartments on the second floor and one basement apartment. It is on the corner of Weston Road and Locust Street, immediately north of Eglinton Avenue West. An LRT station is planned at Eglinton, combined with a future GO Train stop and a major train and bus terminal. It was improved by the addition of an extra apartment and overall renovation. It was bought in 2013 and sold in 2014.

This is the first of our properties located along the path of the developing Eglinton Crosstown LRT line. It is a neighbourhood earmarked for transition due to the new subway line. The 3,000 sq ft property is in a prime location on Dufferin, immediately south of Eglinton directly across from the future main entrance of the Fairbank LRT station. The property consists of a retail store with two double-level, three-bedroom apartments above. The apartments were fully renovated.  It was bought in 2012 and sold in 2017.

Next door at 2344 Dufferin we owned an almost identical retail/residential building with two double-level three-bedroom apartments upstairs, and a three-bedroom basement apartment.  All the apartments were fully renovated and the building improved.  It was bought in 2013 and sold in 2017.

The Bloor/Lansdowne neighbourhood is an interesting transitional area. Art galleries, indie cafés and new residential buildings are springing up on Bloor Street West in the corridor between Dufferin and Lansdowne. The 1,300 sq ft property was a retail store with an established, niche bookstore as tenant. There was a one bedroom and den apartment above, which was later renovated, and the property was improved by creating a basement studio. It was bought in 2007 and sold in 2016.

After falling from grace for several decades, West Queen West has risen to be one of the most desirable downtown neighbourhoods. 1658 was a 1,700 sq ft, run-down retail store with a two bedroom apartment above. The store was tenanted by a non-profit caterer who extensively renovated the premises and was on a long lease.  The apartment was fully renovated. It was bought in 2007 and sold in 2015.

This two storey 2,600 sq ft building in Leaside was bought in a completely rundown condition. It is comprised of a large retail store and a 2 bedroom apartment above. It was completely gut renovated and leased to a gym for 5 years. The apartment was also fully renovated. It was bought in 2005 and sold in 2010.

This three storey 3,000 sq ft building is at the gateway into the rapidly expanding Liberty Village. It is located on the prominent, key corner of King Street West and Atlantic Avenue. The area was bleak when bought and blossomed into one of the most desirable areas for young people in downtown Toronto. The commercial space was home to an extensively renovated vegan café and store. Upstairs, two, two-bedroom, two-level apartments were fully renovated. It was bought in 2002 and sold in 2019. 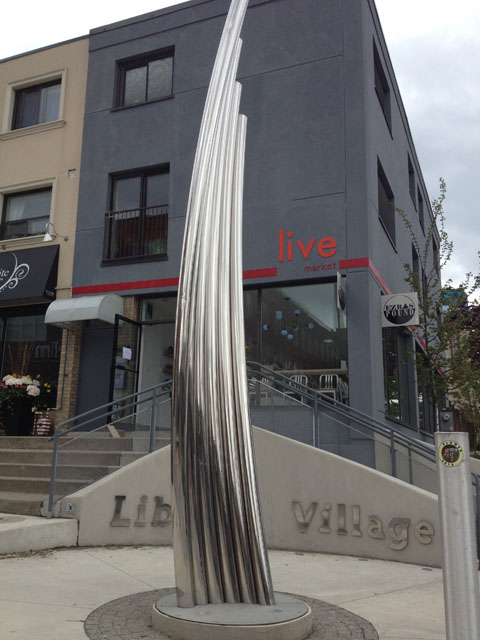